How Long Since Leeds United Last Won A Trophy? 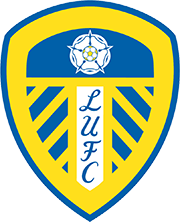 Leeds United last one a major trophy back in 1992 when they won the final ever First Division Championship, beating Manchester United into second.

More recently, they came top of the Championship (second-tier of English Football) in the 2019-2020 season, which saw the club return back to the top flight – English Premier League – after sixteen years away under manager, Marcelo Bielsa.

Number One In in the UK Charts was Please Don’t Go by KWS.